Seventh-day Adventists believe in inspiring those around us to experience a life of wholeness and hope for an eternal future with God.

Begin the story of black bears by asking the children how many own a teddy bear. Show an actual toy teddy bear as you begin your story.

Today we’ll talk about black bears. These animals live in the woods or in a swampland and grow to measure six feet tall (show how high six feet is) when they stand on their back legs. Some male bears weigh 450 pounds so they are very big.

The mama bear gives birth to from 1-5 cubs during January or February. The babies are blind at birth and weigh only 7 – 14 ounces (show something that weighs that amount—have a small scale, if possible). That’s not very big! The young bears stay close to their mother, but when the baby bear is about one and one-half years old, the mother sends them away to find their own place to live (Ask: Aren’t you glad your parents keep you for a long time?).

They have an in-body GPS (explain that to the children by showing what a GPS looks like). They have been known to find their way back to their home after being transported as far as 168 miles away. This ability helps them to find places previously visited where they have food sources and waterholes.

These bears have a very good sense of smell and hearing but their sight is not that good. They climb trees very fast and they can swim really well. They can run as fast as 30 miles per hour. Their paws are different than our feet because their big toe is located where our little toes are! (Show picture from web site.)

Black bears do not vocalize very much. When frightened, they may make huffing sounds or clank their teeth. In some situations, black bears make a moaning sound when they are afraid. Female black bears will communicate with their cubs with grunts and the cubs will bawl loudly when in distress. Cubs make what is described as a purring type of sound while they are nursing.

The black bear also communicates using body signals. When a bear feels threatened, it will flatten its ears and sometimes lower its head. If you see this behavior, it's a sign for you to back off. They love berries of all kinds, grapes and other fruit, and grasses. When bears were created in the Garden of Eden, they were friendly and loving. Since sin entered our world, some animals have become very vicious and unfriendly. Won’t it be wonderful when Jesus comes and takes us to heaven and we can pet black bears and other animals that we know as wild here on this earth? 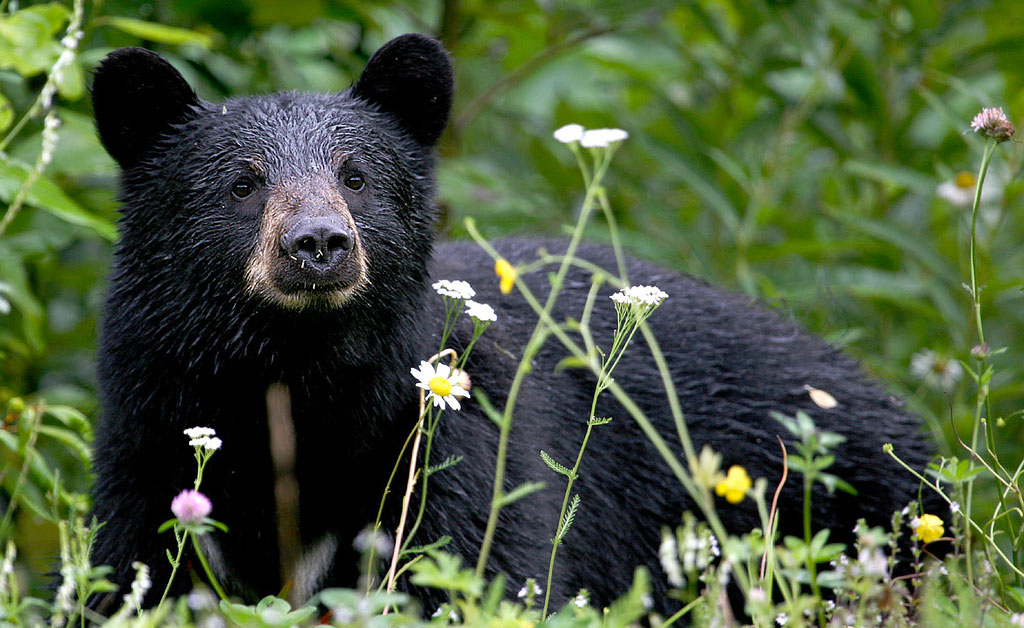